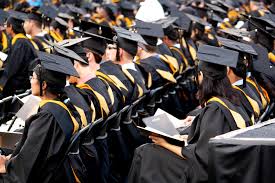 The government has approved legislation, which could save people 20 per cent on tuition fees, compared with studying a full, three year degree. These new, shorter degrees will cost more per year, £11,000 compared to £9,250, but will work out cheaper overall than a three year degree, not just from the tuition fees, but also the reduced maintenance and living costs.

The content of the degrees would still be the same, but the hours per week would be more and holidays would be cut short, with courses lasting 45 weeks a year instead of 30.
So what are the pros and cons of this idea of a 2 year degree from the student’s point of view?

Pros
Condensed period of study – you will obviously complete your degree sooner, allowing you to get a job earlier and start earning money a year earlier than those on a 3 year degree.
Reduced living costs – one of the major costs for many students is the accommodation and living costs while away from home. This will be reduced by a third and could significantly reduce the amount of student loan you need to take.

Cons
Less in depth study – you will have to still do the same amount of work in a shorter period of time. The holidays will be reduced and you will be expected to work longer hours. However, for some degrees, students already find themselves working through the holidays to manage the workload, so it is possible that condensing the work in to two years will mean that you won’t get such an in depth view of your subject.

University experience – a lot of the university experience is based around living away from home and having the time to try new things, get involved in societies and activities that you would not do if you were at home. By intensifying the study over a shorter period of time, it is likely that these experiences would have to take a back seat as students’ won’t have as much spare time.

From the Universities’ point of view it could make a lot of commercial sense, allowing them to charge £22,000 over two years and potentially recruit more students.

The University of Buckingham has been offering these degrees for a while but now this legislation has been approved more universities will start offering them.