The long awaited government review on Student loan system has now been released, just before Mrs May is due to leave her post as Prime Minister. This of course means, that the proposals being discussed are still just that, proposals. They will need to be approved by the government before they become a reality, which will be the responsibility of the new Prime Minister. 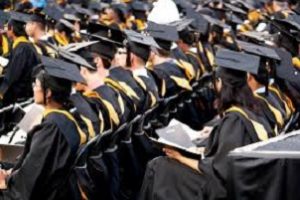 That said, this is what the review is suggesting.

Is this a good thing?

The headlines always focus on the tuition fees but that is not necessarily what makes the difference to the students. It is not and never has been about how much you borrow, but about how much you are likely to pay back. Given that the repayments are based on your earnings when you graduate, it doesn’t matter if you have borrowed £50,000 or £150,000, you are still going to repay the same amount – 9% of your earnings above the repayment threshold.

So the key thing to look at in these proposals is that the repayment threshold has been reduced from £25,725 to £23,000. This means that you will start repaying what you owe sooner. This will affect the lower earning graduates.

The second thing is that they are proposing to extend the repayment terms from 30 to 40 years. This again will have an impact on how many of the loans are actually repaid before they are written off.

The re-introduction of maintenance grants is a good thing. Whilst we are still only talking £3,000 a year, this is enough to mean that students who struggle to make up the difference between the maintenance loan and the actual living costs will be given an additional financial lifeline to help them manage their costs – and it doesn’t have to be paid back.

Whilst it is easy to look at the headlines and see that it is proposed to cut tuition fees, the sense of relief that prospective students might be feeling is not necessarily founded. With figures of £50,000 of student debt when you graduate often bandied around, it is easy to feel stressed at the burden our young people are taking on. But we must remember that it is not about how much you borrow, but how much will you pay off and these proposals look set to mean that more loans will be repaid.

But they are still proposals and with the government in chaos and the prospect of a general election a possibility sooner rather than later, we will just have to wait and see.

But either way, whatever happens, the proposals clearly state that they will not affect current students, whose loans will continue on the current system.