1. Choose wisely – don’t rush in to getting a house with the first people who ask you. Typically, students will start looking for a house quite early on in the year and you may feel under pressure to agree to look with someone, just because they ask you. After all nobody wants to be left on their own, feeling as though they have no friends. But if you take a bit of time and don’t rush in to it, think carefully about who you want to live with, you are far more likely to have a successful household and less arguments. 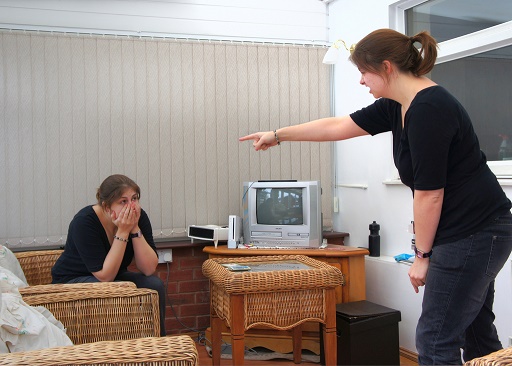 2. Set down some house rules – when you first all arrive, it is a good idea to set out the house rules. Create a rota, so there it is not always the same person who puts the rubbish out each week, sweeps the kitchen floor or cleans the toilets. Make sure that everyone does their bit.

3. Clean up after yourself – don’t leave piles of washing up in the sink so there is no room for anyone else’s things. We are not suggesting you have to do it instantly but be aware of other people’s needs and if someone is waiting to get in to the kitchen while you are cooking they are likely to need space and not want to cook around your dirty utensils and plates.

4. Don’t be a nag – it is one thing to ask someone to clean up their things, but you will soon lose all goodwill if you become the house nag, moaning all the time about the mess. Be reasonable and try to compromise.

5. Talking is good – don’t let problems brew in your mind. If something is bothering you, call a house meeting and discuss it like rational adults. Things seem far less important once you have discussed it with whoever is annoying you.

6. Don’t steal – each house mate will have their own shelf and cupboard for their food. Don’t just take someone else’s without asking. The chances are, if you ask they will say yes, sure have some of my milk, but it will be very annoying to go to the fridge knowing you bought some milk, to find that someone else has used it.

7. Don’t shut yourself in your room – everyone has work to do, but shutting yourself in your room and not being sociable with your flatmates will create a difficult atmosphere in the house and you may find the others talking about you behind your back. Nobody is suggesting you have to be best friends and spend your every waking hour together, but common courtesy and politeness go a long way towards a harmonious existence.

8. Don’t move your boyfriend/girlfriend in – of course you can have them to stay, but you are going to get your flatmates annoyed if your boyfriend or girlfriend becomes a permanent fixture in the house. After all, they will be using utilities and bathroom time, but not paying rent. Why should they be allowed to do that when everyone is paying for them? You might love having them around, but if you want to live together full time, move out and get a place together.

9. Be considerate – don’t come rolling in at 3am every morning, blind drunk and singing at the top of your voice. Just because you like to party hard, doesn’t mean everyone does, so don’t force it upon your flatmates.

10. Pay your rent on time – particularly if you have a joint tenancy agreement, but even if you don’t, keeping the landlord happy will ultimately benefit all tenants, as he will be more willing to deal with any issues that arise.