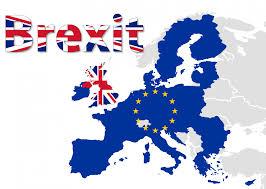 There are currently 125,000 EU students studying in the UK who are entitled to student loans in the same way UK students are. They pay the same £9,000 tuition fees as UK students and do not need visas to study here, so the question on many of these students’ minds this morning, as it is with all of us, “What happens now?”

Firstly, let’s remember, that just because we voted to leave the EU, it is not happening tomorrow. There is going to be a long period of negotiations as we establish our new relationship with the European Union and groups will be lobbying the government during this time to achieve the most favourable outcomes for their interested parties.

In terms of current EU students who are already studying here or have applied for 2016, The Student Loans Company has now confirmed “Current students and this autumn’s applicants will continue to receive student finance for the duration of their course”.

At the moment, nobody can tell you what is going to happen going forward, but we have to remain positive. The majority of students were in favour of Remaining, the NUS were behind the Remain campaign, as were UK Universities, and they will now turn their focus on campaigning to ensure the best outcome for Universities and their EU students.

Megan Dunn, President of the NUS said this morning “We have urgent questions about how the vote to leave will affect students, particularly EU students in the UK and UK students studying in the EU, and call on the government to offer clear assurances to them about their situation”

One UK University has already stated that they will continue to charge EU students at the same rate as UK students.

UK Universities do also receive considerable funding from the EU programmes, but a statement from the European Universities Association this morning was encouraging. “Regardless of the result of the referendum, British universities are and remain an essential part of the European family of universities, which extends beyond EU borders. This community of knowledge and learning is strong and longstanding, and it will surely overcome this crisis, although the questions and consequences of the British exit are certainly formidable. EUA will continue to work with and for British universities. The Europe of universities will not be divided!”