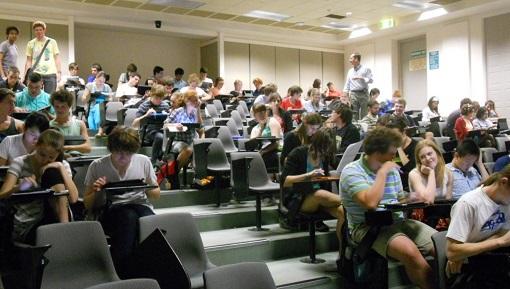 The amount you pay in tuition fees for university varies depending on where you are from and where you intend to study.

Tuition fees were first introduced in the UK in 1998 under the Labour government. At the time the fees were £1,000 per year. This has since increased to a maximum of £9,250 a year (from September 2017) and the cap is now linked to inflation so will continue to rise.

Different arrangements exist in the different countries of the United Kingdom.

England
In England, tuition fees for UK/EU students are capped at £9,250. Only universities meeting certain standards for access arrangements are allowed to charge the full tuition fees, but this accounts for almost 100% of the Higher education institutions, although not all courses will be charged at the full rate.

Northern Ireland
If you come from Northern Ireland and are going to remain there to study, your tuition fees will be capped at £4,030 but if you go elsewhere in the UK, you will pay the same as other UK/EU students.

Scotland
If you come from Scotland and remain in Scotland to study you do not pay tuition fees. For older students, over the age of 25, you would pay up to £1,820 a year. To be considered Scottish for the purpose of getting free tuition, you need to have been resident for 3 years.

Wales
If you are Welsh (or have lived there for a minimum of 3 years) you could be charged up to £9,000 tuition fees, but the Welsh government offers tuition fee grants to the value of £4,954. This also applies for Welsh students who go to study elsewhere in the UK.

Read more about how you pay for your tuition fees