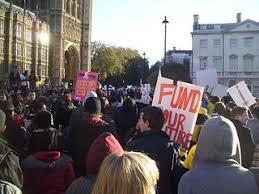 The recent election has shown us that students are worried about tuition fees and Jeremy Corbyn’s promise to abolish them was seen as a key factor in the large youth turnout to vote. But are tuition fees really the problem? Is the long term debt putting students off university or are the day to day costs of living causing more problems?

It is true that with tuition fees set to rise to £9,250 this year, students will be taking on loans of up to £27,750 for a three year course just to pay for tuition. However horrendous that prospect may seem in terms of the debt you are incurring, one thing remains true about the tuition fee loans, which is that they pay for your tuition fees, in full. You do not need to find the money yourself or start paying it back until you are earning over £21,000. Whether you agree with the principle of paying for your education or not, the loans are serving a purpose.

However, the same cannot be said of the maintenance loans. Even many of those students, who are entitled to the maximum maintenance loans, can’t manage. There has been a rise in poorer students dropping out of university and the Vice Chancellor of London South Bank University has said “At my university, one of the main reasons for student withdrawal is financial difficulties. The demand on our hardship support is ever growing.”

The simple fact is that the maintenance loans, for the most part do not cover students’ living costs and students are having to supplement their loans, either through part time work or handouts from parents or grandparents, which in turn could affect the financial and mental wellbeing of the wider family.

Jeremy Corbyn’s promise to abolish tuition fee loans and reintroduce maintenance grants was very appealing on the surface but until we know who would get the grants and how much they would be, it is difficult to know if they would actually solve the problem. Would students and their parents still find themselves struggling to afford the day to day costs of university?

Any new system that looks at the way that Higher Education is being funded needs to take maintenance costs in to consideration and that maybe it is not just about the long term debt, but without additional financial resources, many of the poorer students simply can’t afford the living costs.